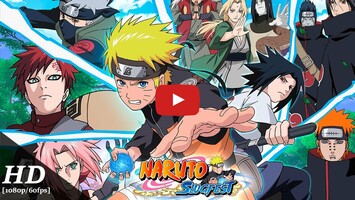 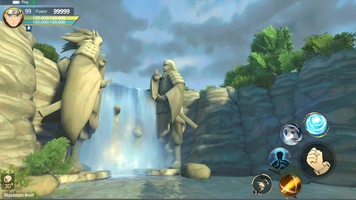 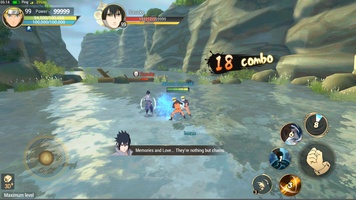 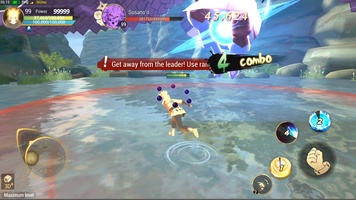 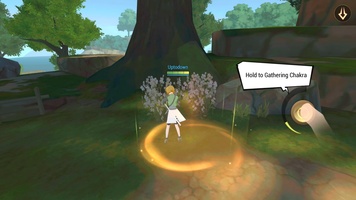 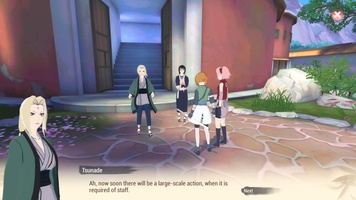 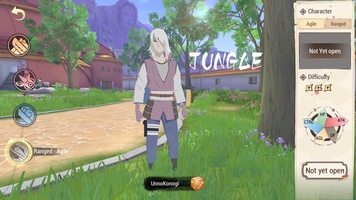 Advertisement
Naruto: Slugfest is an online role game that takes you back to Konoha so you can live a new adventure in this popular manga series. We're talking about an official MMORPG that reunites you with Naruto, Sasuke, Sakura, Kakashi and the rest of the characters created by Masashi Kishimoto.

Gameplay in Naruto: Slugfest is similar to other massive multiplayer role games: you basically have to complete your missions in order to acquire experience and new equipment. But, first things first! You get to create a character and there are four types to choose from.

The experience you gain can be used to level up your different skills (which depend on the type of character that you picked). There are different skill trees, so customizing fans are sure to love Naruto: Slugfest.

Even though the game lets you complete the missions automatically, there are a bunch of missions that'll require all your skills. That's why controls are perfectly adapted for smartphones: you can move around using the left virtual stick, and to your right, you'll find the different buttons that you can use to attack and unleash your ninjutsu skills.

Naruto: Slugfest is an excellent MMORPG that completely submerges you in this popular anime. It includes an absolutely incredible technical design that delights you with the original character voices. We're talking about an online role game that you can play with your friends while you complete team missions or face 1v1 duels against other players around the world.
Reviewed by Nelson de Benito Translated by Beatriz Escalante
Advertisement

Hello, how did you do to me, the intro does not happen to me and before starting the game I get a failed connection and I cannot enter ... what happens?

I can’t enter the game, what should I do?

I downloaded the game,yes...installed lt,i then entered the game watched the intro,pretty cool i may add. Then it tells me its conneting to server,and seconds later tells me it can't connect to server...

Does the game need a VPN? The game all open it does not work and write error

NinJump
Climb as high as you can
Devil Ninja 2 Mission
Ninjas, demons, werewolves, and lots of action
Ninja Run
No one runs and throws shurikens faster than a ninja
Ninja Saga
The best social ninja game
Shadow Blade
Ninjas, platforms and a lot of blood
Clumsy Ninja
A virtual ninja living on your Android device
Shadow Fight 2
Spectacular battles in feudal Japan
Ninja UP!
Help this ninja get as high as he can

Genshin Impact
An open-world RPG with spectacular graphics
One Piece: Fighting Path
A unique adventure in the One Piece world
Brawl Stars
3-on-3 battles from the creators of Clash Royale and Clash of Clans
League of Legends: Wild Rift
The MOBA king deploys its arsenal on Android
Angry Birds Epic
Join the Angry Birds on their most epic adventure
LifeAfter (Global)
Cling to life in a hostile world

Fashion Empire
Manage luxury fashion boutiques in this game!
Blockman GO-Adventures
Travel and have fun in all the worlds offered by this application